Disney Plus is one of the newest entries in the world of on-demand and free streaming services. Backed with a deep catalog that includes Pixar, National Geographic, Marvel, 20th Century Fox, and Star Wars, Disney Plus is a game changer.

Disney Plus had a major win with the release of the series the Mandalorian. Even people who are not big fans of the Star Wars brand tuned in for baby Yoda. Some of the biggest draws to Disney Plus are the animated, 3D, and live-action classics people have grown up with.

According to the experts at coupons.com, “Disney plus offers more than 100 Disney classics plus exclusive Disney channel favorites.” If you are looking for a little clean, honest, and enjoyable entertainment to watch with your family during quarantine, check out some of these movies to watch and Disney plus special offers.

Originally released in 2016, Zootopia is a modern city where the human occupants have been replaced by a melting pot of animals from every environment. Whether it is a giant enormous elephant or a yoga loving giraffe, all have learned to live in peace, or it seems. The main character, Officer Judy Hopps, learns that being a small bunny on a police force of enormous animals is challenging, but one that can be overcome with the help of friends and family.

Beauty and the Beast

Originally released in 1991, Beauty and the Beast became an instant classic. It’s a film renowned for its craftsmanship and elegance. It takes a classic tale that has been told for centuries and gives it the special fairytale feel that only Disney can provide. Even decades after its original release, the animation still pops and the songs get lodged in your head. Most importantly, the relationship between Belle and the Beast teaches a valuable lesson about cherishing what’s on the inside and ignoring what’s on the outside.

Released in 1992, Aladdin is an animated adventure and comedy that presents a world of wonders. Children watching this film for the first time and adults who have seen it several times will look at the screen in open mouth amazement. Robin Williams unleashes his comedic genius as he gives voice to the genie in Aladdin’s lamp. Aladdin is foremost a love story between the title character and Princess Jasmine. It’s also a reminder of the power of friendship and its ability to help one overcome any challenge life may throw their way.

Released in 2019, Toy Story 4 is the next, or maybe the final depending on who you ask, chapter in the Pixar saga that began in the late 90s. It is a funny and heartwarming animated film that follows the adventures of Woody, Buzz LightYear, Bo Peep, and their recent friend Forky. This is an adventure story that’s full of comedy. It is comforting to spend time with characters we have known for decades, and it is nice to welcome new members to the Toy Story family.

These are just a few of the samplings of the movies that you and your family can enjoy on Disney Plus. Disney Plus is also home to several Disney original films and programs that should take some boredom out of quarantine.

The Pros and Cons of Having WordPress Hosting for Your Business 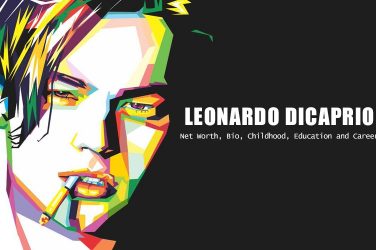 DIFFERENT WAYS TO TRANSCRIBE YOUR VIDEO

Do you know that transcription can improve the chances of generating more revenue for ...