Once a film is released, it has several revenue-generating streams. However, box office figures act as the deciding parameter to measure the success of a movie. This is because box office data are widely available compared to home video sales and other broadcasting rights.

According to the historic trends, the highest-grossing movies chart is always biased to musical, historical drama, and war movies. Nonetheless, it was the franchise movies that kept on dominating the topper’s ranks. Following the updated list, it is evident how the sci-fi, superhero genre won millions of hearts. On the other hand, it’s only the second-ranked movie – Avatar breaks the common trait. Neither this movie is from any adaptation, nor is it a sequel.

Furthermore, animated films are also present. Both Disney and Pixar animated movies made their place after re-releasing. However, Frozen II could not complete its worldwide release due to the pandemic suspension.

Since Iron Man in 2008, Marvel initiated the long journey of creating marvelous adaption! And it was coming to an end on April 26th, 2020, at least for some characters, the audience went gaga over it. In fact, on the opening weekend itself, they broke their prequel’s record by $100 million. With each day passing, Endgame went on breaking and making records. Therefore, it was a question of “when” would it break Avatar’s $2.790 billion.

After the 6th week, Endgame needed only $73 million more to dethrone the topper. Both Marvel and Disney’s decision to re-release the movie with bonus clips at the end credit was fruitful. However, by the mid of July, Lion King had already hit the theatres. Nevertheless, Endgame managed to crown itself by the end of the summer with $2.797 billion.

It was a long 12 years wait, and then finally, James Cameron beat his record with Avatar. It was released on December 18th, 2009, leaving everyone skeptical about its worth. The story of an alien world where a marine helps with the battle of Unobtanium would ever eclipse Titanic’s number. However, with smooth and intense 3D implementation and high ticket prices, Cameron again recreated its record.

It started with a bomb record. The film successfully kept every audience on toes for seven weeks straight. By then, it has already earned $595 million just in North America! Avatar became the only film outside the USA and Canada to bring in $2 billion. Avatar proudly held its #1 for ten years, with earnings of $2.790 billion.

James Cameron has a distinct trait. Almost all his movies are the most expensive flicks of their time upon release. For instance, Terminator 2, The Abyss, and True Lies wore the extravaganza crown. Likewise, Titanic followed the same trend. However, this time he was apprehensive thinking that this new expensive budget film might backfire. Nonetheless, after a six months delay on December 19th, 1997, Titanic became a global icon!

Now, the Box Office was seeing such a sensation for a movie for the first time! Titanic held #1 spot for fifteen straight weeks. Furthermore, it created records in Academic Awards too. With 14 Oscar nominations and bragging 11 of them, Titanic was the highest-grossing movie for 12 years. It was easy to hold the spot with an earning of $2.194 billion.

There was a massive gap of twelve years when the prequel trilogy of Star Wars was completed. Therefore, it was a significant risk that J. J. Abrams undertook to direct Episode VII. Out of many questions, the imminent way the audience will be interested is to watch this in halls! The trump card, which acted as a breakthrough, was mingling the old and new into one. The original trio was retained, however, with a new set of faces.

The excitement within the movie buffs was so high that they made the history of the most top opening weekend. Unfortunately for James, surpassing and creating speed bumpers for Avatar. On releasing December 18th, 2015, the film entered the billion club within 54 days with total earnings of $2.068 billion.

It was just about ten years since the dawn of the Marvel Cinematic Universe; they collected almost every character to fight off Thanos – the big, evil villain. The movie was not restricted to one planet; it involved galaxy-wide participation for the stones. This movie achieved a nasty cliff-hanger, similar to GoT, where the audience restlessly waited for a year.

Releasing on April 27th, 2018, the movie already started to break and make records from 3rd day. On breaking the domestic record, it moved to the $2 billion mark after 47 days. Although domestically, it is a little shy from Black Panther, it has earned $2.048 billion.

Steven Spielberg made the Jurassic franchise a global phenomenon and Jaws for the baby generation. A long wait of 22 years, Spielberg brought the melody Jurassic theme again into the theatres. Nonetheless, it was revamped time for the Dinosaur mayhem. Steven maintained and surpassed its previous records. This movie was the second-best reviewed in the list.

However, Jurassic World was released on June 12th, 2015, in the tough World of Avengers and Minions. It was a tough summer for Jurassic World. Nonetheless, the nostalgia and interesting Dinosaurs helped this flick to earn $1.671 billion. It was subsequently made a seat in the highest-grossing movies chart. Furthermore, it was the third film to pass the $600 million mark in the domestic box office. Before World, it was Titanic who had made it through. 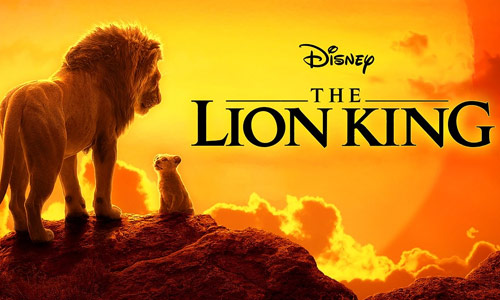 Following the success patterns of re-making the animated movies – The Jungle Book and Beauty and the Beast. Disney brought another blockbuster to the theatres! In 2019, Disney had come down with an average Dumbo and a successful Aladdin. On July 19th, 2019, Lion King roared across the multiverse. The original 1994 film made the same noise for the audience. Therefore, the response was highly anticipated.

Jon Favreau’s exemplar CGI filled animation gave a brand new look with the same old emotion. As a result, it went on breaking records and audiences’ tear ducts. It’s one of the nine films that scored $1 billion overseas. With a total of $1.656 billion income, it made it to the big list.

Yet another Marvel Cinematic Universe’s marvelous movie on the list. This was the first release of the third phase of the Universe. A film of proof that the best can work together. Including Captain America, Hulk, Iron Man, and Asgardian Prince – Thor, the film became a sensation to all the loyal fans. DC audiences were also within the halls with popcorn.

Releasing on May 4th, 2012, the film had bagged over $200 million in the first weekend itself. Therefore, making the first MCU movie ever to enter the billion club. The single battle between the mighty team and Asgardian Loki brought the film about $1.518 billion into the pocket. Joss Whedon’s singular action was the 13th movie into the big billion clubs.

It’s a big franchise but with a tag of ‘unfortunate.’ The dawn of the franchise created havoc amongst car lovers. The movie was somewhat a derivative of Point Break, where instead of Keanu Reeves, it was Late Paul Walker with classy cars. The franchise was hitting rock bottom following the years when Vin Diesel’s return increased the revenue. Even bringing Dwayne Johnson into the franchise brought both the humor and critics on-board.

However, the unexpected death of Paul Walker created an aura of tribute and interest to the 7th film. With this in mind, James Wan’s Furious 7 became the first successful entry into the Box Office list. Along with the critics, the audiences too applauded for this movie. With total earnings of $1.516 billion, Furious 7 won the hearts.

This film became a standard emotional unit for both siblings and parents to watch the franchise. On the other hand, this particular one topped as the highest-grossing animated movie. Talking about records, this movie was the third biggest opening after Pixar’s Incredibles 2 and Finding Dory. Furthermore, the sequel toppled part 1 and made it into the list with an earning of $1.450 billion. Undoubtedly, it could have earned more if the COVID-19 emergency didn’t happen.

Releasing on November 22nd, 2019, the film became the top 1 choice for the thanksgiving occasion. Therefore, making another record of the highest-grossing animated movie. Also, it is Disney’s 6th movie into a billion club and more into the people’s hearts!

2019 and 2020 may not have been an excellent year for movies. Nonetheless, there was a worthy fight for the top spot in the highest-grossing movies chart. After a gambling re-release of Marvel’s Avengers: Endgame, it beat Avatar to rank 1. On the other hand, the re-make animated Lion King secured its place on the 7th. However, this rank became controversial and depended on whose number you’re debating on it.

Which US state has the highest sales tax?

How Can Retailers Prepare for Supply & Demand Disruptions?

5 Global Trends That Will Affect Video Streaming in 2020

In recent years, video streaming has gained a lot of users, surpassing other media. ...

Net Worth: 20$ Million Source of Wealth‎: Son of Bill Gates Country of Origin: ...

6 Tips to Enhance Your Boating Experience

Water sports and boating continue to be an exciting and thrilling adventure for locals ...