Does anyone really know Monica Lewinsky? I think… Everyone knows about her. Lewinsky is an American activist, public speaker, television personality and fashion designer. However, she also served as an intern in the White House from 1995 to 1996.

Monica Samille Lewinsky, better-known by her name Monica Lewinsky is an American activist, fashion designer and television personality. She also served as an intern in the White House from 1995 to 1996.

The political scandal and its repercussions are known as the Clinton-Lewinsky scandal. This Clinton-Lexinsky scandal gained Lewinsky massive popularity and international celebrity status.

Apart from her anti-bullying activist career, Lewinsky engaged in designing a line of bags. She also worked as a television personality and appeared as an advertising spokesperson for a diet plan.

Later, Lewinsky decided to leave the public spot and moved to London to pursue a master’s degree in psychology. In 2014, she made a return as activist fighting against cyberbullying.

American activist, television personality, fashion designer and former intern in the White House, Monica Samille Lewinsky, has an estimated net worth of $1.5 million.

Apart from working as an anti-cyberbullying activist since 2014, she is also a prominent proponent of the #MeToo movement. In 1999, Lewinsky published the book Monica’s Story along with the author Andrew Morton.

Her book gained massive popularity a few times and made reportedly about $500,000. She also creates a source of income from designing her line of bags.

Lewinsky also engaged in various ventures like a spokeswoman for Jenny Craig and hosting a Fox dating show Mr Personality in 2003.

Monica Samille Lewinsky was born in San Francisco, California on 23 July 1973. She was born in an affluent family  to Bernard Lewinsky and Marcia Kay Lewinsky.

Her father, Bernard, is a son of German Jews and an oncologist.

When Lewinsky was 14 years old, her father moved to the United States. On the other hand, Lewinsky’s mother is an author under the name Marcia Lewis.

In 1996, her mother wrote the gossip biography and The Private Lives of Three Tenors. During the sexual relationship with Bill Clinton, the press revealed that her mother has an affair with opera star Placido Domingo.

Lewinsky’s maternal grandmother Bronia Poleshuk was born to a Russian-Jewish family in the British Concession of Tianjin, China. On the other hand, her grandfather Samuel M Vilensky was a Lithuanian Jewish.

During 1987 and 1988, her parents got divorced. This incident makes a huge impact on her personal and professional life. After getting separated, her father got married to Barbara.

And her mother married a media executive and former director of the voice of America R Peter Straus.

Talking about her education, Lewinsky attended a religious school, Sinai Akiba school. Later, she went to John Thomas Dye School in Bel-Air for her primary education.

Before transferring to Bel-Air Prep, she also attended Beverly High School. While studying at Beverly High school, she was working for the drama department.

Later, Lewinsky went to Santa Monica College for her high school education. In 1993, she joined Lewis & Clark College in Portland, Oregon. In 1995, she received a bachelor’s degree in psychology from the College.

Later, she got an opportunity to work as a White House intern in the office of the White House Chief of Staff Leon Panetta.

In 1995, she moved to Washington DC, and got a paid position in the White House Office of Legislative Affairs.

However, the interview got a massive engagement and gained over 70 million views. It became one of the most-viewed interviews in television history.

The international rights of Lewinsky earned her $1 million. On 8 May 1999, she appeared on Saturday Night Live. In January 2000, Lewinsky worked as an advertising woman for Jenny Craige.

Jenny Craige was a diet company that dealt with Lewinsky for $1 million endorsements. The controversy created around when Lewinsky was their advertising spokeswoman.

Later in 2002, Lewinsky worked in an HBO show Monica in Black and White. She also appeared as a host in a reality show Mr. Personality and Jimmy Kimmel Live in 2003.

At Forbes magazine, she starts talking against cyberbullying.

Later, she joined an anti-bullying organization. After joining the organization, she shared some words on bullying at the Cannes Lions International Festival. Lewinsky wrote a foreword to the book The Global Epidemics of Online Hate.

In 2020, she began filming for the third season of Ryan Murphy’s American crime story, focusing on the Clinton-Lewinsky scandal.

After spending too much time with President Bill Clinton, she transferred to the pentagon. She had a relationship with the commander-in-chief.

In September 1997, Tripp recorded the phone conversation with Lewinsky. In December 1997, she stayed at the pentagon and denied her relationship with President Bill Clinton. 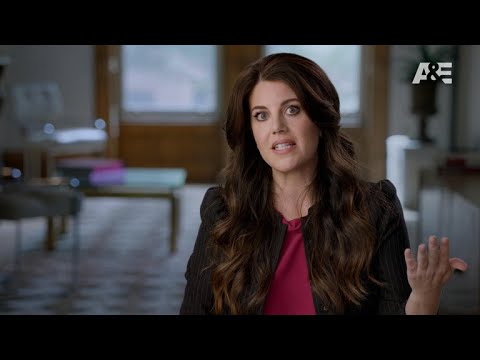 Tripp asked her to show the blue dress that has traces of her sexual relationships with Clinton. Moreover, he also asked her to save the gifts given by Clinton.

In a 1998 press conference, Clinton mentioned that he does not have any relationship with Lewinsky.

But when Starr got that blue dress, Clinton changed his words and said he had a relationship with Lewinsky that was not appropriate.

Lewinsky suffered from post-traumatic stress disorder after the incident of scandal happened in her life. Apart from her activist career, she has a separate room for her hobbies like knitting.

However, knitting helped her to cope with the unwanted media attention. Moreover, the hobby inspired her to launch her company Real Monica in 1999, where she uses to design handbags.

Her handbags start getting sold in various famous stores like Henri Bendel and Fred Segal. Lewinsky lived in New York City, London, Portland and Los Angeles since the scandal.

From 2005 to 2014, she left the public spotlight and wrote an essay, Shame and Survival for Vanity Fair.

So here is everything about Monica Lewinsky net worth and her career. She gained international celebrity status after the coverage of her sexual relationship with President Bill Clinton. Apart from activism, she also engaged in various ventures like advertising spokeswoman, television personality and designing handbags.

Alluring Wall Art and Home Decors to Lift-Up Your Home

Eiza González Early Life, Career, Boyfriend and Everything You Want to Know

Should You Become a Science Teacher?

SuWit Muay Thai in Thailand is the New for Good Health