Aging has pretty much the same effect on plumbing pipes as on the human skin. It can cause them to become thin and prone to damage, leading to an assortment of problems. Usually, it is the result of the corrosion of metal pipes, and it can be due to various reasons, ranging from dissolved oxygen in water, soil resistivity to microbial activity.

Unfavourable sewage smell, sewage water seeping up from the ground or drains, unusual noises, and water leaks are some of the telltale signs that there is damage to the pipes.

Initially, it may seem like replacing the affected plumbing pipe is the answer to the problem. The good news is that opting for such a traditional solution is not always necessary. It is because there is pipe relining that expert plumbers of today are carrying out.

As the name suggests, the process involves placing a liner into the problematic pipe. It has been around for more than a decade now, and it comes with many perks. They range from a shorter downtime to a pocket-friendly pipe relining cost. To get the most out of this ground-breaking solution, make sure that you leave the job to the most trusted and experienced plumber.

Please keep on reading to come across some of the benefits of pipe relining.

Relining plumbing pipes involve the use of various modern-day technologies. It is why the entire process does not usually take a long time to complete. It is possible to complete the task in just a couple of days. On the other hand, replacing plumbing pipes can take anywhere from several weeks to a few months. It all depends on various factors, such as the problem’s location and the extent and the speed of the plumber carrying out the job.

You can think of pipe relining as similar to a minimally invasive surgery, which involves less scarring, minimal pain, lesser complications, and faster recovery. Relining a pipe usually entails creating a small hole through which a plumber can insert the inflatable piece of liner. In contrast, dealing with the problem traditionally usually involves removing everything on top of the plumbing pipe. Such can include a part of your driveway, lawn, or house. It is why pipe relining can cause shorter downtime and minimal damage.

Professional plumbers agree that a relined pipe is stronger than polyvinyl chloride (PVC) pipe, which is cheaper than metal pipes and also corrosion-resistant. It means that after the pipe relining, you can rest assured that it is less likely for the same problem to strike the same section of the plumbing pipe for the next 50 years or more.

Generally speaking, pipe relining cost is easier on a homeowner’s pocket than the cost of replacing a pipe traditionally. Because of this, it is possible to deal with the problem immediately, allowing the entire household to go back to having normal and comfortable indoor lives without delay. Many factors can affect the overall cost of relining a pipe. Some of them include the total length of the affected pipe and the problem’s extent. However, one thing is for sure: pipe relining is usually cheaper than the traditional route.

Refrain from assuming that all local plumbers are experts at pipe relining. Make sure that you leave the job to a plumbing company with years of experience and lots of happy customers.

Does a Laminate Flooring Last a Long Time

Home is all about peaceful living. When you are tired from a longish business ...

Four Timeless Ideas for Your Kitchen

Many would say that the kitchen is the heart of the home, especially the ... 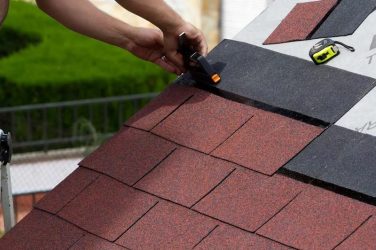 7 Qualities to Go Through for Hiring a Trusted Roofer

The success of any project only depends on the hand of the roofing contractor. ...

AVOID THESE MISTAKES WHEN REMODELING YOUR GARAGE

The garage has the most area coverage in the whole house. It can act ...

I used to think of plumbing simply as pipes stuck together and the water ...

Sydney is one of the most popular places to live in Australia. The capital ...