Annotated images have become a significant part of ML (Machine Learning) for training computers to recognize various types of objects at different places. Image annotations include labeling and highlighting particular objects using special tools. If you have an AI or ML related company that needs outsourcing image annotation, you need to learn about the different types of techniques before approaching an image annotation company.

This blog talks about the most popular techniques for image annotation. Take a look and decide if it will help you to train the computers.

Bounding Box is a technique involving tagging different elements in an image like the damaged parts of a motor vehicle, sports objects and other elements that are required to be classified or recognized by computers. It is one of the most crucial and significant methods involved in image annotation for object outlining.

Also known as 3D cuboid annotation, this technique involves marking and high-quality labeling to outline objects in the 3D sketching formats. It enables experts to calculate the distance or depth of various objects like buildings, gadgets, vehicles and even humans. It is carried out to distinguish the space and volume of the object. 3D cuboid annotation is basically used for building structure and construction fields that include radiology imaging in medical sectors.

Another technique you will be introduced while hiring image annotation services is line annotation. As the name suggests, this method is used to draw lines on streets or roads to make it recognizable for the computer models in the vehicles to help them detect the lane. This one is a bit different from other techniques like cuboid annotation and bounding boxes. It is a good option for drawing the attention of computer models in vehicles to typical areas like diagramming, streets, roads or decorations. The motive of using this annotation method is to ensure a clear view of roads and streets to AI-based machines, such as self-driving cars.

Often used as a dot annotation method, it basically helps in detecting the differences in the shapes and for counting tiny objects. The most significant use of landmark annotation is for detecting the objects from far away locations such as satellite images. Not just this, it is also used to identify the poses of various athletes’ poses to classify their faces and facial features. Moreover, landmark annotation is a reliable method to predict the movements of pedestrians for the self-driving cars’ computer vision or other kinds of autonomous vehicles.

Also called the pixel-labeling process, semantic segmentation is used to label the pixel-wise and image annotation. It is actually the process of classifying a digital image into different segments that ultimately change its presentation and make it more expressive. The procedure of semantic segmentation is used for detecting a defined object and understanding the scene of each pixel. Mostly, the technology is applied to highlighting objects with full dimensions and in autonomous vehicles and self-driving cars.

The last on the list of techniques offered by an image annotation company is polygonal segmentation. This one is the smarter and fastest way to annotate the different types of objects for ML. The process of image annotation involves the object borders in the frame with the highest level accuracy that helps to identify the object of the right size and shape. The method is used to detect objects like logos, street signs, facial features of athletes and sports players and proper detailing of those objects.

How to Send Money to Your Incarcerated Loved One

How to Build and Grow Your Net Worth? (A Step-By-Step Guide)

The refrigerator has become one of the important electronics of a household for many ...

Security Practices While Migrating to the Cloud

Cloud computing is the practice of using the network of remote servers hosted on ...

In the present Generation, Business has demonstrated to be one of the most significant ...

Can an Innovative Idea Bring You the Fortunes of the World?

Everyone in this world wants to be successful. The level of success that you ...

7 Reasons to Invest in a Customer Data Platform

A customer data platform or CDP is one of the most powerful tools for ... 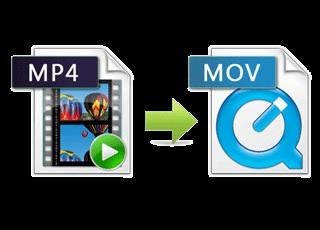 How to Convert MP4 to MOV with UniConverter

We are fortunate to live in this advanced modern era where we have smart ...